Maybe once every couple weeks someone calls or emails and asks why my knives have a condition of “Mint” instead of “New”.  Well, if you really want to know, settle in and I will tell you.

Background: My background is in collectible traditional knives.  For the last 30 years or so this particular niche has went through several eras.  Prior to eBay the choices were very limited.  There were some individual websites that sold traditionals, and more specifically, older traditionals.  Everyone could get the current releases; but the older variants were a bit harder to get as commercial websites didn’t want to stock discontinued items.  So, CollectorKnives specialized in locating and reselling hard to find and discontinued items.  Also, there was a well established grading system for collectible traditional knives that began with “Mint” for a knife like it came from the factory. 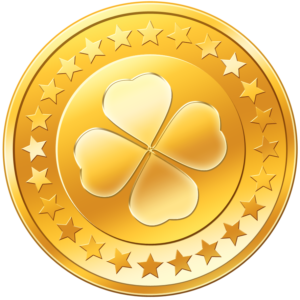 eBay era: In the late 1990’s eBay revolutionized the collectors ability to score knives.  Most all dealers sold on eBay, even if they had their own website.  It was where the buyers were, and many times you could auction the knives for more than they were listed on your website.  Back then, there wasn’t “Buy it Now” or storefront type listings – they were all auctions.  As eBay got popular, they began to ease up their fees and offer different selling options.  So, many dealers migrated away from it; but there were now tons of “traders” and small dealers.  So it quickly became a place to go with culls if you were upgrading your collection or just had a knife with a small problem you didn’t want to keep in your collection.  It got to where you had to be a professional are reading what sellers were NOT saying in their auctions.  This has continued thru until today.  I once would buy a lot of knives off eBay if I spotted bargains; but it got to where 3 out of 4 would show up with some undisclosed problem.

CollectorKnives today:  As the market has transitioned, so have we.  We still offer a lot of second hand knives that we buy in collections or from closeouts at wholesalers or other dealers.  But the vast majority of current stock is straight from the makers.  But we spent a good bit of money a few years back developing some tools that make our job a lot easier.  One of the things that we had to do when developing these tools, was standardize what we were going to list on our product pages.  The “Condition” has always been a critical component of our listings; and “Mint” was always the qualifier for a knife in the condition it left the factory.

Dilemna ensues:  So here we are.  We are working very hard to expand our market and our product base.  In doing that we are now dealing with a lot of customers that did not come from the traditional background.  Whether they are more modern folder customers or just getting started in the last few years.  So, they want to see “New” in the condition category.  The problem is that if a knife was made in 2005; is it new?  If I bought another dealers stock, is it factory fresh?  If a customer bought a knife and returned it because it did not fit his hand right – is it new?  To me, “new” is a time base descriptor.  But “mint” still means the same condition it was when it shipped from the factory – regardless of where it has been since.  The contention is never with customers that have dealt with us; it is always those that we don’t have a relationship with yet.  And I really blame it on eBay and trade forums for conditioning people to try and figure out what you are NOT telling them.  Those that don’t know us, are always trying to figure out how we can sell knives so much cheaper than the competition or why we have a knife that has been discontinued for 5 years.  “Are your knives factory seconds?” or “Do you have this knife you are selling in stock?”.  If I have a knife I bought from the factory and then I buy another of the same knife from a collector in the same condition – am I really expected to create two different listings?  Or I buy a ton of variants that I like and sell them for 5 years and then another dealers sells me his inventory – am I expected to create a different description for identical knives?

Solution: A “new” knife can still have rust on the blades; I have seen it many times.  A “new” knife can still have a defect. A “new” knife can’t be 10 years old, even if it has never been out of the box.  So, I intend to never use the condition of “New” standalone.  To me, that is what dealers that want to leave themselves a bit of wiggle room do.  If they list it as “New” and never open the box before they ship it to customers – they are off the hook.  Mint is a much better grading system for items where condition is paramount.  If it has a defect, rust, blade hits the liner, etc. it is not “mint”.  If it is a factory second or cosmetic cull, it is not “mint”.  Going forward if I know that I am listing a knife that will only ever come directly from the factory, I will use a condition of “New/Mint”; but it is very hard to know that upfront.  And this is only going forward, so any items already listed as “Mint” will not be updated as I don’t have the week it would take to make this change to existing items.