-Why We Do NOT Ship Outside the United States-

Why the explanation: We often get requests to make exceptions to our “U.S. Only” shipping policy. Many times the customer thinks we just don’t trust international customs, shippers, or the customer themselves. This is not the case at all. For the most part, international shipping has become fairly trustworthy. Some get aggravated, and we understand their frustration but try and explain our position. Others simply try to leverage negative feedback on forums or facebook to try and get us to change our policies. Thus, I felt it was time to actually explain my exact position as to why CollectorKnives will not ship outside the United States and its territories. 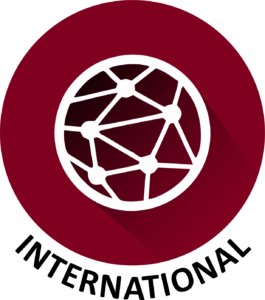 The trigger: The role of the Fish and Wildlife department in the United States has greatly expanded over the years. And although some years ago I knew that we needed an import license to bring certain items, such as stag horn, into the U.S.; I was largely ignorant of the scope of the “FW” (Dept of Fish and Wildlife) duties. So, I had purchased via a United States wholesaler, Bulldog brand knives with stag handles. One of these was sold to a customer from China, so I shipped it. Being naive, the shipping software probably listed “Bulldog Brand Stag Sowbelly Knife”, or some such on the customs form. A few days later I get a call from a very cordial enforcement agent from FW. Even though the knife/stag originated in Germany, it still fell under the scope of export inspection guidelines / fees. So, the basic inspection fee per box was $91 (has increased to $93 in 2016). Ouch! I couldn’t even get my customers to agree to the $30 express, because it was tracked and insured. Not filling out the correct FW form had a fine associated with it. Not declaring it had a fine associated with it. I don’t find documentation to the fines, but at the time it was a $450 fees/fines for the one box. And since I was found in violation, FW had the right to come to my place of business; take my records; and fine me the same amount for every shipment they felt might be in violation of their guidelines. Okay, that could get REALLY expensive. Luckily I had only just started shipping internationally again, because previous attempts were met with large losses due to lost packages or empty packages being delivered. So, I told the good lady on the fine right then that I would never ship another package outside the U.S. again. And I haven’t.

Others ship to me: There are many retailers that will ship internationally regardless of the slabs on the knife. First, they are probably not correctly declaring the items. Secondly, they are most definitely not submitting the required FW forms and paying the inspection fees. Finally, they are working on borrowed time. When they get caught by a random inspection the first time, they are sucsceptible to large fines for EVERY package they have ever sent outside the United States. I understand that this risk does not mean much to the customer; but it has the potential to bankrupt the dealer. Just imagine if they determine a larger retailer has shipped 1000 undeclared packages that violate federal law. That is in excess of $450,000 – not many knife companies can write that check and stay solvent. And to be brutally honest; all it will take is for one competitor to turn whistle blower and have a Canadian friend order a stag knife and provide FW with the tracking number. Better yet, watch the “Look what I ordered” posts on facebook from Canadian customers.  FW, does a “random” inspection on that package; then comes to your place of business and confiscates your shipping records. Boom, Mr happy go lucky knife business is no more.

How do I know: Finding these regulations and requirements is not easy. But ignorance of them is no excuse. Just to give an indication of how cryptic they can be, let me provide some examples. You are responsible for figuring out what falls under these guidelines. They don’t tell you what does, only what doesn’t. Here is one paragraph that explains which domesticated animal components are not covered. They use CITES for the woods and I can’t even get their website to work at the time of this article. But here is a list of woods under CITES protection. Here is the license requirement table. And here is the standard fees table.

Conclusion: So, rest assured, CollectorKnives does not have anything against non-U.S. customers. We are just protecting our interests against a real threat. And even though most other knife dealers break these laws on a weekly basis; we are not interested in giving away our business due to a costly ignorance.

I hope this makes sense and that you understand why we have this policy in place.