Early Reserves – The Good, The Bad, The Ugly

The general “why” of the Early Reservation System (ERS) has been discussed previously.  But I would like to take a few minutes to talk about some of the underlying policies and functions of the ERS.  If you do not actually wonder how the system works or have questions about how it makes decisions – this is probably not your type of reading. 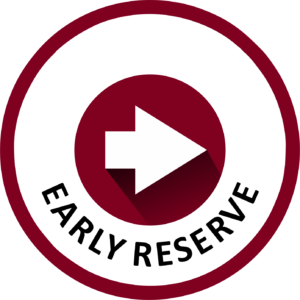 Although it seems relatively straightforward, there are hundreds of logic rules involved in implementing an automated reservation system.  For example:  Customer1 reserves a knife with a “Sure”reservation and takes the last guaranteed spot.  Customer2 reserves the same knife with a “Sure” reservation and gets the first standby spot.  Then a couple days later Customer1 changes the reserve to “Notify”, and immediately thinks the better of it and changes it back to “Sure”.  Who has the legitimate last guaranteed reservation?  Since Customer1 was in the database first and only his status is changed from “Sure” to “Notify” and back to “Sure”; he would still be first in the database.  But since his “Sure” decision, albeit the second time around, was made after Customer2 – logically Customer2 gets the last guaranteed spot.  There are many little logic tests like this that have to be thought through and implemented in a programmatic fashion.

Since the old system only kept track of the reservations in sequence, it did not have to maintain a live “status”.  Yes, the reserver would get an email instantly with their status of “OK” or “Standby”; but that really was only valid as long as nothing else changed.  For instance, from the example above.  If Customer1 changed his “Sure” to a “Notify”, then Customer2 would now be a legitimate “OK” reservation holder and never know it.  The new system will notify you instantly if someone else took an action that improved your “Standby” to a “Reserved”.  This is also instantly noted on your “My Account” page.

We have had many questions / concerns over the years about how the system policies are implemented.  But rest assured we have spared no expense making sure that everyone is given exactly the same chance and treated exactly the same by the ERS.  If you have any other questions, feel free to ask them below.

Here I will give you a typical configuration of an early reserve product.  If GEC calls and says they are taking “open” reservations on a newly announced product; this means we can order however many we want and assume they will all be delivered.  Thus, we initiate the early reserve process by telling the system we are getting 1000 of each variation.  This allows customers to reserve whatever they want and be guaranteed the reservation.  When GEC calls in our numbers, we will deliver them the actual order count and change the ERS system to those same numbers.  So when you see the page go from all green indicators to several yellow indicators instantly – that is because we just changed our numbers in the system from open-ended to what we actually ordered.  Many times GEC takes what we call a “closed” order.  Which means they have a certain number they are going to produce and the number we get will be dependent on what everyone else orders.  In this case, we open the early reserve with a pessimistic guess at the actual number that will be allocated to CollectorKnives.

The main goal for the ERS is to provide the customer a tool to know with relative certainty, well ahead of production, that we will be able to provide them with the knife they want.  A couple of times a year something goes bad wrong at the factory and our numbers are cut dramatically.  We have no control over that; but it is still sickening to us to have to disappoint our friends.

The secondary goal for the ERS is to provide us with guidance on how many of each product to order.  Both upfront and if the factory has some remaining inventory when production draws close.  We always want to satisfy every customer that would like a knife; plus have respective inventory to accommodate a few months dynamic sales.  Generally the problem has been that we do not order enough and are out of stock within a few days of arrival.  But, recently, with a growing customer base utilizing the ERS; we are having the opposite problem.  A large increase in customers reserving knives and not fulfilling the reservation has left us with large inventories in specific variations.  That means we have money sitting in inventory for an extended amount of time that we could be using to provide more fresh products to our customers.  We have seen two specific scenarios that bother us a bit.  First is the “flip candidate”.  A customer reserves products while speculating that it will be a high demand item that can be purchased and “flipped” on the open market nearly immediately for a nice profit.  But when concern arises on its popularity or scarcity, they do not fulfill the reservation.  Secondly is the “shotgun approach”.  A customer reserves several variants because they don’t know exactly which one they really want.  Once they are released, they purchase one and leave several other reservations unfulfilled.  There are also scenarios which are a little more understandable.  For example, a nice pattern is coming out but the bone handle color is “TBD” (to be determined).  When production time rolls around it is announced as “Baby Diaper Orange Bone”.  The reserver has no interest in that color and passes on the guaranteed reservation.  Although this one is more of a gray area for us, we maintain that if you are not sure – don’t submit a “Sure” reservation.

The new system has a more robust automatic restriction system, in that if a guaranteed reservation is not fulfilled on the actually product reserved – it is going to restrict access to future “Sure” reservations.  These are always just a matter of communication if there are legitimate reasons.  But one improvement the new system has is to track the actual product and number of occurrences by a given customer.  So, there will have to be a point where we have to leave the restriction in place for repetitive incidences in order to maintain a sound inventory control system.

Finally is the issue of the 24 hour notice.  There is a lot that has to happen in order to accommodate all reservations in a timely fashion.  First, we have to give the guaranteed reserver’s some amount of time that we can “guarantee” their access to the product.  But we also have to allow the standby reserver’s a timely chance to claim them one if it was not picked up by a guaranteed reserver.  Lastly we have to give those folks that wanted notified a heads up.  Sure we could wait a week on the guaranteed reserves to follow thru.  But then we would lose all standby and notify business to other dealers in the meantime.  A little secret: 24 hours is rarely 24 hours.  We try and work it to where a guaranteed reserver has up to a couple days.  Especially if the drop occurs over the weekend or a holiday.  But we have to post some specific timeframe, and in most cases that “guaranteed” timeframe is going to be 24 hours.  In the past there were a couple situations where we were able to allow 4-5 days; and we got chewed on just as much for only allowing 5 days as we do 24 hours.  With the current 24 hour format, it still takes 3-4 days to give everyone a chance when the availability holds out.  But, the auditing system will never check any quicker than at least 2 business days when determining who did not fulfill their reservation and qualify for restriction.  So, if a reserver does not have an opportunity to purchase their knife withing 24 hours; we may not can guarantee its availability – but as long as they get it within a couple days there is no worry of restriction.  If there is no availability after the two days – no harm no foul.

I hope this didn’t bore you and actually provided a little insight.  Feel free to ask any specific questions below.